Tribute and concession of the first awards ‘JON ALDECOA’ to the impulse of the pensions.

Madrid, 6 November 2019. Loreto Mutua convened and organized last Thursday, October 10th in Madrid, the 1st edition of the tribute to Jon Aldecoa and the award ceremony to the entities or people that have stood out for their drive in the field of supplementary pensions. It is an event that mutuality has decided to take the step of organizing and that pretends to be a meeting place for relevant actors who have excelled for their good work in social welfare. All this, within the framework of our tribute to Jon Aldecoa, who died in 2018, illustrious and former collaborator of this house, professor, consultant and member of numerous councils, among others Loreto Inversiones, to whom the world of social welfare owes much.

And in this first edition the winners were, on the one hand, the OECD, in recognition of the work of this institution about future pensions, whose prize was collected by Juan Yermo, an economist and deputy director of the Secretary-General’s cabinet, which delved into his institution’s recommendation to broadly promote pensions, in contrast to the harsh reality of the data. On the other hand, the Law on Voluntary Social Forecasting Entities (EPSV) of the Basque Government, on its 35th anniversary, as one of the pioneering rules on the future pensions of citizens and workers. In addition, at this event, the letters of thanks of two prestigious people such as Pedro Luis Uriarte, former Minister of Economy and Finance of the Basque Government and Jon Azua, former Vice-President of the Basque Government, were read.

Each and every one of them, together with Toni Canals, former chairman of the Caixabank Pension Fund Control Commission, had great words of praise for Jon Adecoa, of whom it was recalled for example that “ or also . The plaque in his honor was picked up by his son Iban, in the presence of his family, who confirmed to us that Jon was not only a huge professional eager to learn always, but also a great person, from whom he deserves to say goodbye with a smile and an applause.

Aldecoa, who died in 2018, was one of the outstanding experts in the Spanish pension sector. A consultant, professor and thinker, he dedicated his career to the promotion of complementary pensions and pioneered socially responsible investments.

The Jon Aldecoa Awards, an initiative of the pension mutuality, Loreto Mutua, recognizes individuals or organizations that excel in the provision of supplementary pensions.

In its first year, the awards went to the OECD, for its work to promote sustainable pensions, and for the Law of the Basque Country on Voluntary Social Forecasting Entities (EPSV), which was one of the first pieces of Spanish legislation regulating supplementary pensions, which this year celebrates its 35th anniversary

Aldecoa, a Basque, was technical secretary at the Basque EPSV Federation for almost a decade, before moving on to consulting. As a regular commentator on pension investments, he was a judge at the IPE Awards for several years.

For Jon Aramburu, managing director of Loreto Mutua, the awards have the dual objective of paying tribute to Aldecoa and providing a forum for the debate on the future of Spanish pensions.

He also sees them as a meeting point for those who believe in “the need to reach some kind of political-social agreement across the country that finally develops a coherent and necessary social welfare model.”

Novaster’s Diego Valero says Aldecoa has left a “huge legacy” in both the development of supplementary pensions and sustainable investment.

“Jon was always ahead of the market and for me personally it was an honor and a pleasure to accompany him, ” he said 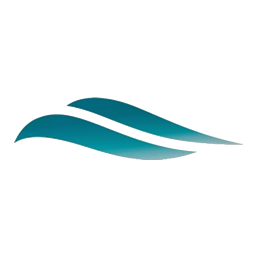